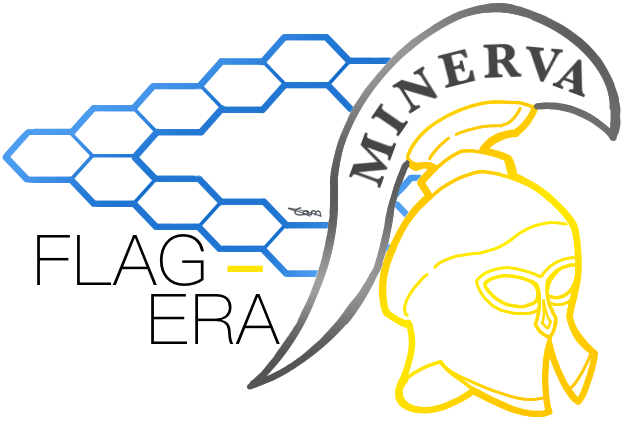 The MINERVA project, led by the University of Lyon, France, is one of ten projects funded in 2021 by the FLAG-ERA initiative on graphene research and applications. FLAG-ERA establishes links between EU-funded FET flagship projects and national and regional funding agencies in Member States. Through different strategies, FLAG-ERA encourages multidisciplinary collaborations to extend the scope of the Graphene Flagship.

In this context, the MINERVA project focuses on amorphous boron nitride (aBN) layered materials and related compounds. These structures have demonstrated ultralow dielectric coefficients (below 2), strong thermal stability and mechanical properties, making this material suited for next generation dielectrics in metallic interconnect technologies. Other uses of aBN coating or interfacial materials could impact on different applications, including spintronics or flexible electronics.

MINERVA brings together the University of Lyon (France), the Catholic University of Louvain (Belgium), the Catalan Institute of Nanoscience and Nanotechnology (Spain) and Uppsala University (Sweden) for a period of 36 months.

MINERVA aims to grow a-BN thin films over large surfaces of various substrates, and evaluate their mechanical, thermal, electrical and spin transport performances. Particular attention is paid to thickness, nanoscale control of the amorphicity, doping rate and substrate interaction. The relationship between processing and atomic structure are studied by applying an appropriate combination of analytical techniques. Modelling to understand the structures and properties of the materials support and confront the experiments at every stage. The expected physical properties of such deposited layers coupled with the versatility and adaptability in materials processing, as well as the large-area and uniform coverage at low temperature, should allow integrating them as electronic components in very exciting nanoelectronic systems. Especially, their capabilities are investigated based on resistive switching devices, magnetic tunnel junctions and spin injection tunnel barriers. The possible dependence of a-BN electronic properties on the coupling with ferromagnetic electrodes is studied in detail, predicting the possible fruitful potential of spin manipulation by proximity effect at the hybridized a-BN/ferromagnet interface. This should generate new scientific knowledge of charge and spin transport across novel 2D hybrid junctions

MINERVA brings together complementary expertise and is characterized by a high level of interaction between nodes. UCBL coordinates MINERVA and synthesizes controlled a-BN samples. ICN2 and UU provide experimental thermal transport at the nanoscale and fundamental physics of charge and spin dynamics. UCLouvain and ICN2 simulate spin-dependent transport throughout a-BN films and investigate the coupling between a-BN electronic properties and ferromagnetic materials. MINERVA brings new materials and technological devices to the Flagship consortium, thereby supporting its industrial objectives. 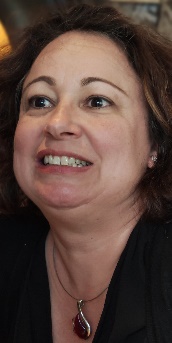 Pr. Catherine Journet (PI, coordinator) is Full Professor at UCBL and is leading the research group on low-dimensionality materials whose main activities are related to the synthesis of micro- and nanostructures, the study of the interfaces structuration during synthesis, and the physico-chemical properties of the fabricated materials. She is among the pioneering scientists in the nanotube field and an expert in the synthesis techniques of C and BN 1D and 2D nanostructures. She received her PhD in 1998 from the University of Montpellier about the “Production of Carbon Nanotubes”. After a post-doctoral position at the Max Planck Institute for Solid State Research in Stuttgart (DE) in the group of K. von Klitzing, she joined UCBL as an Assistant Professor in 1999. Her research mainly focuses on the synthesis and characterization of 2D and 1D BN- and C-based nanomaterials. Currently, she is involved in the synthesis of BN-based 2D materials and heterostructures. She is author of about ~ 80 scientific peer-reviewed papers for a total of more than 8000 citations.

Dr. Catherine Marichy (co-PI) is a CNRS researcher at UCBL since 2013. She is an expert on ALD. Her research focuses on the development of new ALD approaches for functional materials, the understanding of the underlying mechanisms and the investigation of the structure-properties relationship. She especially works on the deposition of metal oxides and h-BN as well as on the fabrication of h-BN/C heterostructures. 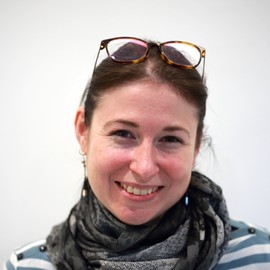 Dr. Bérangère Toury (co-PI) is Assistant Professor at UCBL. She got her permanent position in 2003 after 2 consecutive post-doctorates at the University of Hull (GB) and at the University Paris VI (FR) and her PhD obtained in 2000, all in chemistry of inorganic materials. Her research activity is focused on the design, the synthesis and the characterization of h-BN specific forms, such as fibers, coatings and now graphene analogues by using an original polymer derived ceramics route.

Role in project: UCBL coordinates both the administrative and scientific aspects of the MINERVA project. On the research side, UCBL will be responsible of the a-BN growth and structural characterization. 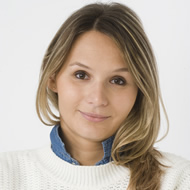 Dr. Marianna Sledzinska (PI) received her PhD in Physics from Universitat Autónoma de Barcelona in 2012. She has more than 10 years of cleanroom experience in fabricating 2D material-structures and photonic/phononic crystals, structural and optical characterization and thermal and electrical transport on the nanoscale. She was involved in several EU projects (MERGING, NANO-RF, NANO-TEG and NANOTHERM) linked to thermal properties of nanomaterials. She is currently the PI of the Horizon2020 FET Open project NANOPOLY and ICT project NANOSMART.

Prof. Dr. Clivia M. Sotomayor Torres (co-PI) obtained her PhD in Physics in 1984 from the University of Manchester, UK. She is an ICREA research professor and carries out research in the field of science and engineering of phononic nanostructures. In 2020 she was awarded an ERC Advanced grant for research on phononics in ICT. 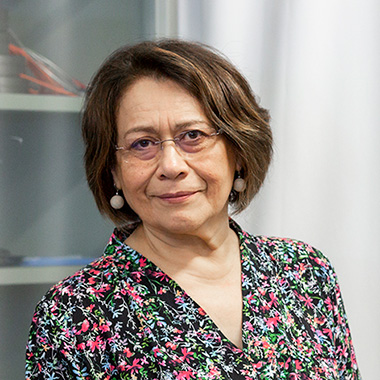 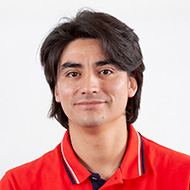 Dr. Emigdio Chavez Angel (co-PI) is a postdoctoral researcher with expertise on the study of thermal, phononic and photonic properties at the nanoscale. Currently, his research activities are focused on the experimental and theoretical study of thermoelectric and optical properties of 2D materials. 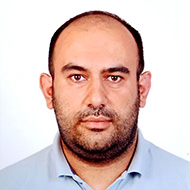 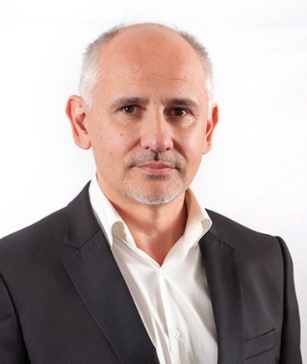 Pr. Stephan Roche, ICREA Research Professor at ICN2, is ICREA investigator since October 2010 and leader of the group “Theoretical and Computational Nanoscience” Group at the Catalan Institute of Nanoscience and Nanotechnology (ICN2). Professor S. Roche is a theoretician with about thirty years of experience concerning the study of transport theory of low-dimensional systems and devices simulation, including graphene, carbon nanotubes, semiconducting nanowires, organic materials and topological insulators. S. Roche has been awarded the Friedrich Wilhelm Bessel prize by the Alexander Von-Humboldt Foundation (Germany), and finally since 2011, he has been actively involved in the Graphene Flagship project, currently as a leader of the Graphene spintronics workpackage. He pioneered the development of linear scaling quantum transport approaches enabling unrivalled simulations of billion atoms-scale disordered models ( www.lsquant.org).

Role in project: ICN2 is responsible for mechanical and thermal characterization. ICN2 will provide a library of atomistic samples of aBN films characterized by varying structural and morphological features generated via classical molecular dynamics.

ICN2 will also simulate amorphous structures of boron nitride using molecular dynamics and in-house machine learning potentials generated with DFT studies. The thermal stability, mechanical and dielectric properties will be investigated on large scale systems, with collaboration with UCLouvain for the dielectric response. 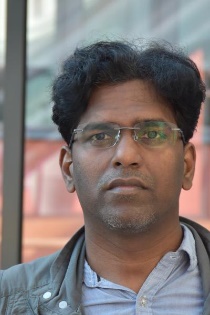 Assoc. Prof. M. Venkata Kamalakar (PI) has expertise in spintronics and nanoelectronics with graphene and 2D materials, 2D van der Waals heterostructures, magnetic nanosystems, and molecular systems. In 2020, he was awarded the European Research Council (ERC) Consolidator grant, and was appointed associate professor in quantum technology at Uppsala University. He has published 47 papers, with half of them as the leading author (23 as first/last author and 23 as corresponding author; average IF ~6.5 per paper). He has over 16 years of experience in nanodevice fabrication (high throughput e-beam lithography, photolithography, thin-film deposition techniques), high-precision charge and spin transport experiments, and designing innovative instrumentation. At UU, he has set up a transport measurement lab and 2D material device physics program from scratch. He has an experience of supervising 20+ master students, 6 postdocs, and training 5 Ph.D. students. He currently leads a team of 3 postdocs and 1 PhD student at UU.


Prof. Olof Karis (co-PI) is a professor of Physics at UU, with expertise in X-ray Photoelectron spectroscopy and ultrafast spin dynamics. His research interests include magnetism and spintronics, magnetic materials, correlated systems and graphene. 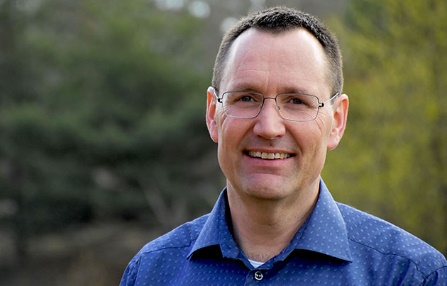 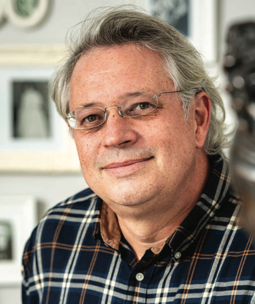 Prof. Jean-Christophe Charlier (PI) is Full Professor at the Ecole Polytechnique of UCLouvain in Belgium and is leading the research activity on first-principles modelling in condensed matter physics and nanosciences, covering the areas of: electronic and structural properties of crystals and reduced-dimensional solids (nanotubes, graphene and related carbon-based nanostructures) and (spin-dependent) quantum transport. The objective is to explain and predict the properties of materials and nano-devices using first-principles theories and computational physics. He is author (or co-author) of about ~200 scientific publications in high-impact peer-reviewed journals. In 2020, with L. Foa-Torres and S. Roche, he wrote the second edition of a book entitled "Introducing Graphene-based nanomaterials: from electronic structure to quantum transport" which was published by Cambridge University Press.

Role in project: UCLouvain investigates the structural and electronic properties of aBN films using first-principles techniques and DFT-enriched TB methods. More specifically, UCLouvain is working on the theoretical aspects related to spin filtering in magnetic tunnelling junctions based on aBN (in close collaboration with UU), as well as the dielectric properties of aBN films using a novel TB approach (in close collaboration with ICN2). 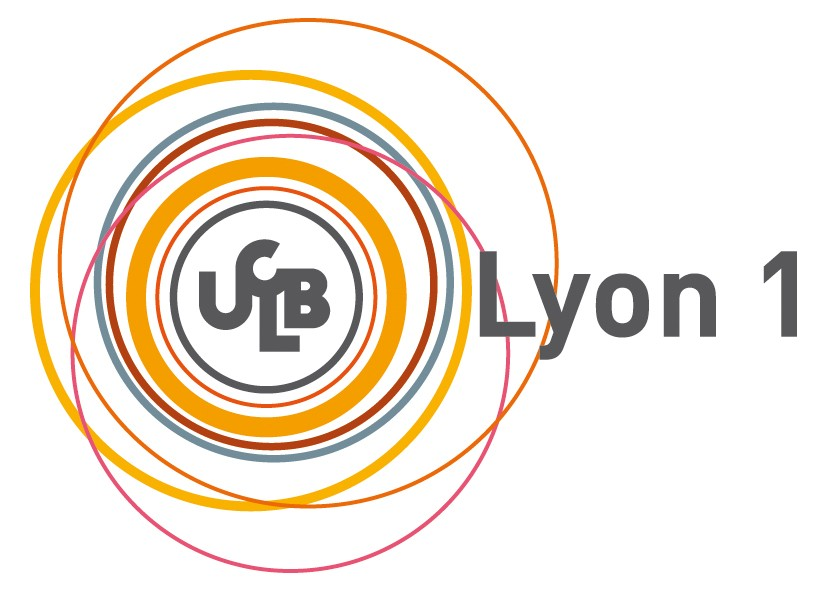 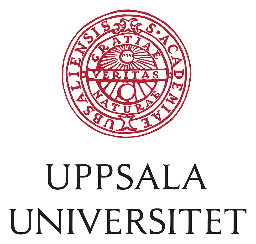